The Social Contract, Preferences for Redistribution, and Tax Morale 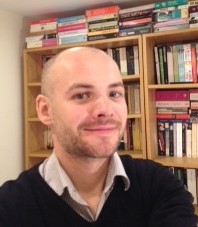 The Political Economy Research Group (PERG) cordially invites you to a guest lecture:

The Social Contract, Preferences for Redistribution, and Tax Morale

BY DAVID DOYLE / UNIVERSITY OF OXFORD

ABSTRACT / The lecture discusses the relationship between individual attitudes towards social contract and tax morale in Latin America. Using data from an original survey experiment fielded in Mexico, we argue that, in contexts of high informality and weak state capacity, reciprocity and individual preferences for redistribution shape tax morale. Using list experiments to elicit willingness to pay or evade taxes (a technique that has not yet been applied to the study of tax morale), we demonstrate that tax morale is lower when individuals have stepped outside of the social contract (out of the welfare state), have access to private insurance mechanisms, and have less progressive preferences. When we further explore the mechanism, we find evidence that more individuals would pay taxes if they believed the revenues would benefit the poor, but they are unwilling to pay any taxes when they know the rich will ultimately benefit.

BIO / David Doyle is an Associate Professor of Politics in the Department of Politics and International Relations at the University of Oxford, a Fellow of the Latin American Centre and a Fellow of St. Hugh’s College. His general research and teaching interests include comparative politics and comparative political economy. He is the co-convener of the ECPR Standing Group on Latin American Politics and an Associate Editor of the journal Oxford Development Studies. His research appeared (or is forthcoming) in journals as the American Political Science Review, the Journal of Politics, the British Journal of Political Science, Comparative Political Studies, Legislative Studies Quarterly, Political Research Quaterly, and the Journal of Public Policy, among others.