Tunisia: From Revolution to Mass Protest 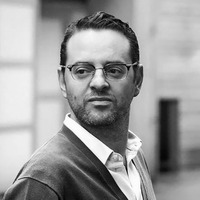 TUNISIA: FROM REVOLUTION TO MASS PROTEST

Since the Tunisian Revolution (2011) took place, the country has faced different forms of political and social unrest and protest that have put the incumbent regimes as well as the nascent democratic political order in Tunisia under pressure. The Armed Conflict Location & Event Data Project (ACLED) database showed that, since 2016, socio-economic forms of protest outnumbered political protests and even surpassed the number of protest events measured during the 2010/2011 revolution. How are we to explain this magnitude of grievances and collective mobilization? How can we make sense of the ongoing social mobilizations when Tunisia is seen as the success story of the Arab Uprisings? How does it come that mobilization and protest accrue in times of democratization? In order to formulate answers to these questions, I will first analyze what triggered the chain of events that led to president Ben Ali’s ouster, what happened in the wake of it and, finally, I will shed light on the ongoing forms of contentious politics.