Can Capitalism be Truly Democratic? 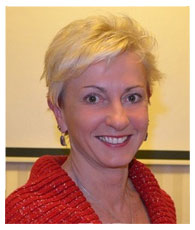 ABSTRACT | We are going to revisit the relationship between the liberal democracy and the free market in the light of the rules of capital accumulation, with special regard to the changes caused by globalization and crises on the peripheries. Although the mainstream ideology enforces the idea that free market together with liberal democracy built on parliamentarian representation is the best form of society, a closer look at the reality shows that the very logic of market  mechanisms itself poses a threat to democracy in many ways. The capital accumulation deprives
people of the means of production and interest articulation, creates alienation and encourages individualistic behaviors. These processes prevent the working class from realizing and articulating its collective interests and empty the democratic institutions even in socio-economic peacetime. The evolution and extension of the democratic institutions could lead to challenges for capitalist property rights, which are the basis of the system and have to be protected by all means. The increasing inequalities, the recurrent crises and the fight for rents between the groups of the elites might provoke protests and uprisings of the lower classes, which threaten the status quo. In these times the institutions of democracy become inconvenient to the ruling class, which may apply means of “preventive fascism” if its rule is at stake. As capital accumulation affects the periphery more negatively than the center of the world system, the suspension of the democratic rights is more likely and frequent there.
BIO | Dr. habil. Annamária Artner, C.Sc. is a senior research fellow at the Institute of World Economics, Centre for Economic and Regional Studies of the Hungarian Academy of Sciences and a professor at the Milton Friedman University, Budapest. Her main research fields are global cycles, labour market, the problem of catching up and sustainability. Her studies have been published in Science & Society, Review of Radical Political Economy, Journal of Contemporary Central and Eastern Europe, and Acta Oeconomica, among others. Her latest book is “Capital, Labour and Crisis in the Era of Globalization”, Akadémiai Kiadó, Budapest, 2014 (in Hungarian).