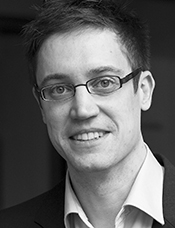 by Sebastian Kohl / Max Planck Institute for the Study of Societies

Abstract / Homeownership ideology emerged as the political dream to solve housing market problems and even capitalist contradictions such as inequalities by bringing more people into their own homes with the help of liberalized access to mortgages. In longer historical perspective the resulting inflation of mortgage debt, however, can be shown to have been neither necessary nor sufficient for bringing more people into homeownership. One reason is that more mortgage debt has not necessarily created more housing supply through new construction, but inflated asset prices of existing homes. Rather than the pull of the homeownership dream financed by more mortgages, the push-effect of rent regulation, crowding out rental units, produced more homeowners. The homeownership promise itself resulted in a pile of household debt, less new construction and unequal islands of high-price cities.

BIO / SEBASTIAN KOHL is a researcher at the Max-Planck Institute for the Study of Societies. He holds a PhD from Sciences Po Paris and the University of Cologne. His research interests include economic sociology, political economy, housing, insurances and the philosophy of the social sciences. He has published in Socio-economic Review, Urban Studies, Politics & Society, Housing Studies and the Review of International Political Economy. His recent book is "Homeownership, Renting and Society: Historical and Comparative Perspectives", published with Routledge.

The event is part of the 14th Annual Doctoral Conference (27-29 March, 2019)
read more on the conference:
https://pds.ceu.edu/annual-doctoral-conferences