The European Council: Crisis Manager or Engine of European Integration? 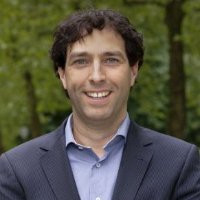 Peter Van Kemseke studied contemporary history and global politics in Leuven, Hull and Los Angeles and holds a PhD in the history of international relations (KULeuven, 2001). In 2001, he joined the Belgian diplomatic service, and served at the OSCE, NATO and the UN in New York, during Belgium's 2007-2008 membership of the UN Security Council. In 2009, Peter joined the Permanent Representation of Belgium to the EU, where he was ‘Mertens’ (Deputy COREPER I-Ambassador) during the Belgian EU-Presidency (July-December 2010). Later he was acting COREPER I-Ambassador, before joining the cabinet of the Belgian Foreign Affairs Minister (2011) and of the Belgian Vice Prime Minister/Finance Minister (2012). Since November 2012, he is deputy head of Cabinet of European President Van Rompuy.

His academic publications include books on diplomatic culture ('Diplomatieke Cultuur'), the globalization of ideologies ('Towards an Era of Development. The Globalization of Socialism and Christian Democracy, 1945-1965') and on Belgian foreign policy ('België in de Veiligheidsraad 1946-2006' en ‘België aan het Hoofd van Europa’). He is an affiliated member of the Leuven Centre for Global Governance Studies, teaches 'Political currents in Europe' at the KULeuven 'Master of European Studies: Transnational and Global Perspectives'-program and 'Belgisch Buitenlands Beleid' at the Faculty of Social Sciencies.

The European Council: Crisis Manager or Engine of European Integration?

The global financial and economic crisis that started in 2008 had a huge impact on the European Union and its Member States. The crisis which hit the European economies clearly brought several structural weaknesses in some European economies to the surface. In response to the crisis, a whole series of measures have been taken, from promoting growth and fighting unemployment to increasing competitiveness, improving economic governance and restoring financial stability.

In recent weeks, Europe was confronted with a different crisis, a geopolitical one, unfolding in Ukraine, a country at the very borders of the European Union. In response to that crisis too, the European Union took a range of measures, from providing support to Ukraine, to reconsidering its strategic relationship with Russia.

In identifying the Union's response to these crises, the European Council, together with the other European Institutions, played an important role. Created in 1974 as an informal forum where Heads of State or Government could exchange information at the highest political level, it rapidly developed into an institution with a mandate to define the general political direction and priorities of the European Union. With the entry into force of the Treaty of Lisbon on 1 December 2009, the European Council became an official European institution. The number of its meetings has increased spectacularly, and so has its impact. Is this a temporary phenomenon, triggered by crisis situations, or will it, on the contrary, be a lasting evolution? In other words: is the European Council mainly a 'crisis manager', or could it be an 'engine of European Integration'.