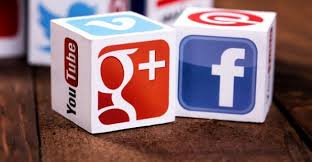 It is no longer possible to ignore social media that is everywhere and is used almost by everybody. The rise of social media in contemporary times is changing the face of governance and democracy, especially in the context of the post-truth era. Social media appears to be a potential risk but also an opportunity for democracy since social media differs from traditional media – it is interactive, users are connected to each other directly without any middle men, and it is basically free to use. Social media (through Facebook, twitter, YouTube, etc.) has empowered the citizens to question democratic rule as well as to connect, communicate and participate in the governance to an extent that was never seen before. At the same time many consider social media as a threat to national security and claim it largely contributed to the post-truth world and can be used to interfere in national elections or cause problems by propagating certain ideologies, mobilizing and organizing people. Others argue it could be a channel of communication which the government and the people can freely and meaningfully use to contribute to the development of the democratic system.

The Political Science Department hosts a conference for undergraduate students to address the challenges and opportunities of social media from both theoretical and practical perspectives. Participants will have a unique opportunity to participate in debates between undergraduate student participants, as well as Political Science doctoral candidates and faculty members.