Beyond the veil of technocracy: Politics and the determinants of conflict within the ECB 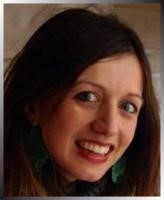 ABSTRACT / Central banks are the quintessential example of non-majoritarian institutions. Indeed, central banks are unelected bodies whose powers derive from formal delegation by public authorities and whose defining institutional features include independence from political authorities and technocratic expertise. However, the image of central banks as a body of technocratic experts often belies the political nature of these institutions. This study investigates the relationship between technocracy and politics by examine whether and to what extent political factors drive disagreement within the ECB allegedly consensual monetary committee. Specifically, it examines conflict among monetary policymakers based on the semantic distance between the policy positions articulated in public speeches by the ECB President and the governors of the national central banks whose currency is the euro. The empirical analysis shows that the disagreement articulated by national central bankers is, at least in part, driven by their responsiveness to domestic policymakers and public opinions and not solely by the economic and financial fundamentals of the countries they represent.

BIO / Manuela Moschella is associate professor of International Political Economy at the Scuola Normale Superiore. Her research is focused on the politics of change in international economic governance, macroeconomic and financial regulatory choices at both domestic and international level, and international institutions.