CHARTER OF THE EUROPEAN GRADUATE NETWORK

Graduate Network Conference is an annual student conference organized by the European Graduate Network. The conference brings together the PhD candidates of eight leading European universities, and provides the, opportunity to present and discuss their research projects and to refine their theoretical and methodological approaches.

In 2016 the conference is taking place in Budapest, jointly hosted by Central European University (CEU) and the Institute for Advanced Studies (IHS). The conference is open to the general public, but is tied to registration at http://goo.gl/forms/iUxu6fx0Ks. 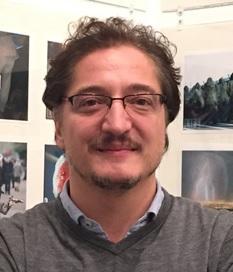 The keynote lecture of the Graduate Network Conference 2016 at Central European University is delivered by professor Kerem Öktem, our distinguished guest speaker from the Centre for South-East European Studies - University of Graz. Professor Öktem, an expert on Modern Turkey, will present a lecture with the title:

Abstract
A quarter century after Francis Fukuyama’s The End of History and the Last Man we seem to have reached the end of a neoliberal interregnum. The European Union was one of the key protagonists of this liberal promise, if with a European twist: Supra-national statehood and neo-liberal growth, counterbalanced by generous social welfare, liberal democracy and multi-cultural identity politics. EU enlargement in Eastern Europe appeared as a success of transition to this model. It was also the height of European power in Turkey, a country that was ready to follow suit with democratic reform throughout much of the lates 1990s and early 2000s. Now, after the European crisis, the Greek meltdown, the refugee crisis, the Arab Spring, ISIS, and the Syrian War, little of this promise remains. We are walking through the ruins of a European dream.
In this lecture, Kerem Oktem will explore the rise of European power and the monsters the current fall has brought to the stage in Europe and in its most significant borderland country, Turkey. Mapping the synchronicity of state failure in the Middle East, rising right-wing racism in Europe and Turkey's authoritarian turn, he will examine in particular the case of academic freedoms in Turkey and its impact on the long-term goal of an open society.

The lecture is open to the general public, but is tied to registration at http://goo.gl/forms/iUxu6fx0Ks.

The 2016 Graduate Network Conference hosts eight thematic panels, with 5-8 PhD candidates presenting their papers in each panels. Presentations and the discussion of each paper lasts one hour. The panels continue through two days.

Click on the table below to see the composition of the eight conference panels! 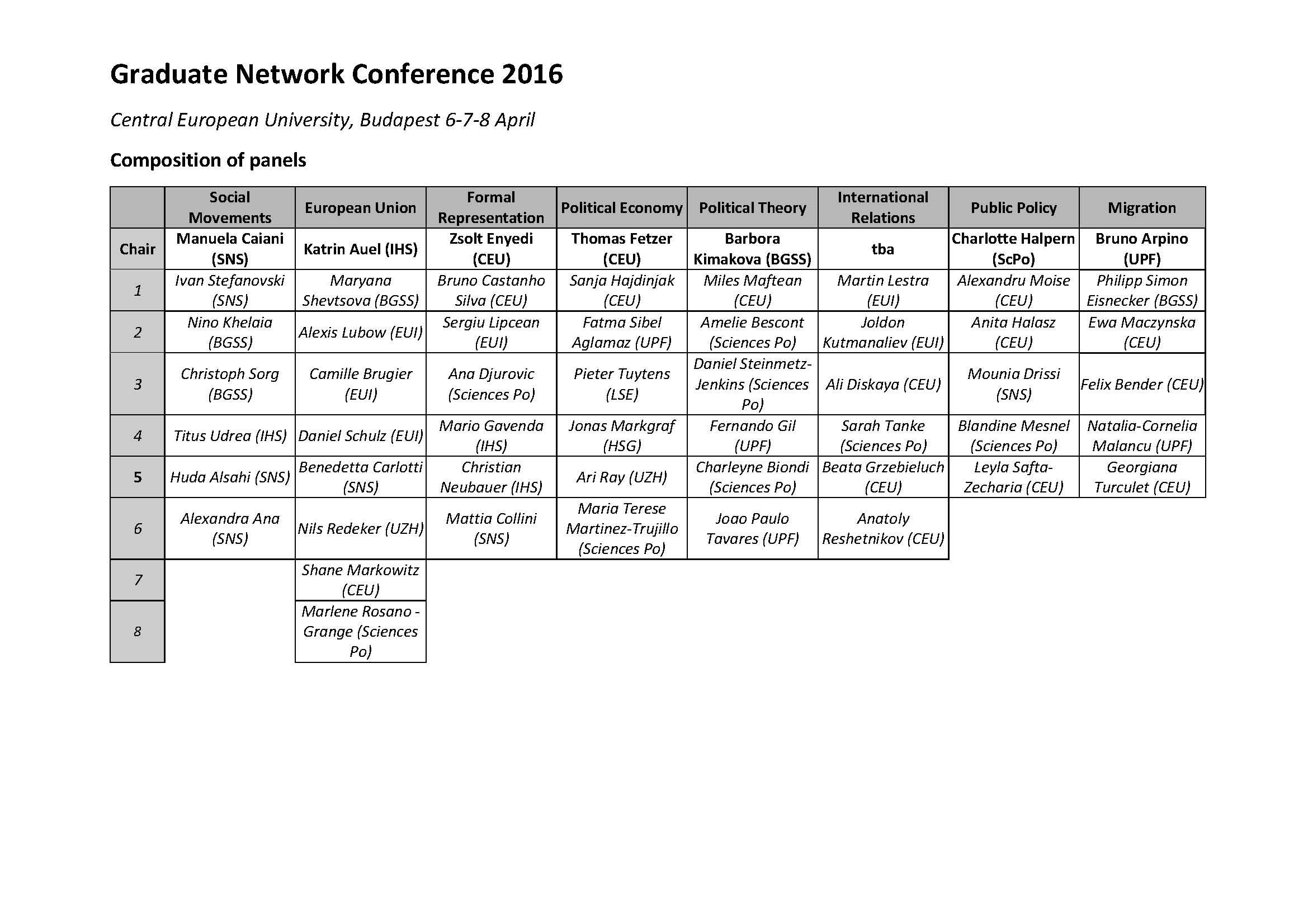 Each participating PhD candidate presents a research paper in his/her panel, which is discussed in a one-hour time slot. To download the list of papers (paper title, author's name, panel), please click here.

You can also find the list of presented papers grouped into thematic panels by following this link.

You can learn more about the network in the CHARTER of the EUROPEAN GRADUATE NETWORK.