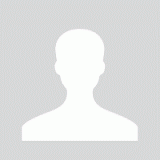 My main research interests cover state recognition, self-determination movements and conflicts, and the role of the media and NGOs in international bargaining. The idea was spawned after numerous reporting trips to various de facto states and other polities challenging the typical notion of sovereign statehood, ranging from Western Sahara to Timor-Leste and from Transnistria to the Faroe Islands, which have always fascinated me.

Before starting the PhD, I worked as a journalist for several years, covering a mix of business news (with focus on aeropolitics and geopolitical aspects of infrastructural investment) and foreign affairs. As a freelancer, I reported from locations such as Iraq, Morocco, Algeria, Thailand, Indonesia, Bosnia, Ukraine, Turkey, and many others. Covering foreign affairs, I specialise in (photo-)reportage and analytical journalism, although I also dabbled in news reporting. Most of my foreign affairs journalism focuses on the Global South, particularly Asia-Pacific and Africa.

My journalistic work has been published by the likes of "New Internationalist" (UK), CNN (US), "Polityka" (Poland), "Krytyka Polityczna" (Poland), "National Geographic Poland", "Non-fiction" (Poland), and "Hufvudstadsbladet" (Finland), among others.

I also work as an aerospace reporter for ch-aviation (Switzerland), and as an analyst and researcher-at-large for Polityka Insight, the leading Polish analytical centre and policy think tank. I cycle competitively and torture myself during triathlons for fun.

I hold an Erasmus Mundus MA double degree from Aarhus University (Denmark) and Swansea University (Wales) in "Media and Journalism within Globalisation", with a specialism in "War & Conflict Journalism", and a BA degree in European Studies from Maastricht University (the Netherlands).