Aron Tabor analyses failure of polls in US elections

Aron Tabor, CEU’s International Relations PhD candidate published a short analysis of the US presidential elections and the failure to forcast Donald Trump’s s victory. The article was published on the Atlatszo.hu investigative portal in Hungarian. Below you can read an English summary by the author. 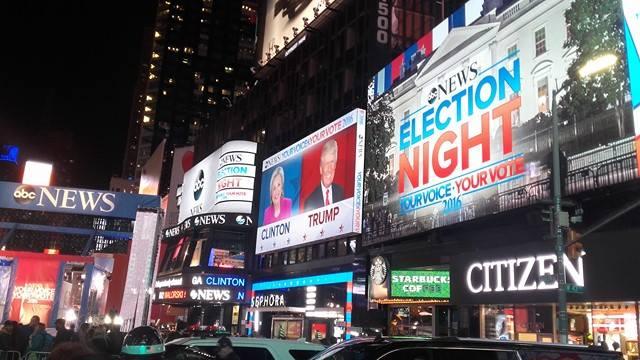 They didn’t see coming: the failure of forecasts and Donald Trump’s historic win

After Donald Trump’s unexpected victory in the US presidential election, a discussion has begun why forecasts were off the mark, and how experts failed to predict another instance of the anti-establishment tide sweeping the Western world. Although already during the campaign, Trump called himself “Mr. Brexit,” journalists and scholars still underestimated the probability of a surprise similar to the referendum in Britain. How did it happen?

Polls were indeed wrong, but there was a relatively minor polling mistake; after all, Hillary Clinton will have won the popular vote by more than a percentage point when all the votes will be counted. While polls were showing large advantages to her during mid-October (in the wake of the presidential debates and the video leak of Trump’s lewd comments), the race was much closer by the time of the election. During the final week – following the FBI’s surprising decision to re-open the email investigation – polls showed a difference of 3-4 percentage points between the candidates, so ultimately, the error was around 2-3 points, which is still an error, but not extraordinary.

Even if the polls were not extraordinarily bad, election models did not anticipate the results. The days before the election, there was a wide range of forecasts based on the same polling data; questioning the very notion of election forecasting. While the probably most popular Fivethirtyeight model still gave a 30-35 percent chance for Trump to win; The New York Times’s Upshot and the Huffington Post’s own model were much more confident of a Clinton victory: predicting her chances to be around 85% or even at 97-98%. Fivethirtyeight’s editor-in-chief, Nate Silver had three major points in defending their more cautious estimate. First, uncertainty was much larger in the weeks before the election than in similar periods before Obama’s victories: in their overall support, neither candidate could move outside the 40s, and the number of undecideds and third-party voters was relatively high. Second, as it turned out last Tuesday, Trump had a relative Electoral College advantage, and Clinton was in a worse electoral situation than Obama was. She increased her share of votes in states that she either would win comfortably in any case (California, Massachusetts), or in states she would eventually lose (Texas, Arizona); however, she underperformed in the swing states. Third, most models disregarded the fact that results between states correlate; if Clinton underperforms in Michigan, it is more likely that she will have problems in similarly-structured Wisconsin and Pennsylvania as well. Retrospectively we can say that Silver was right with all three points, and maybe even his model underestimated Trump’s chances. 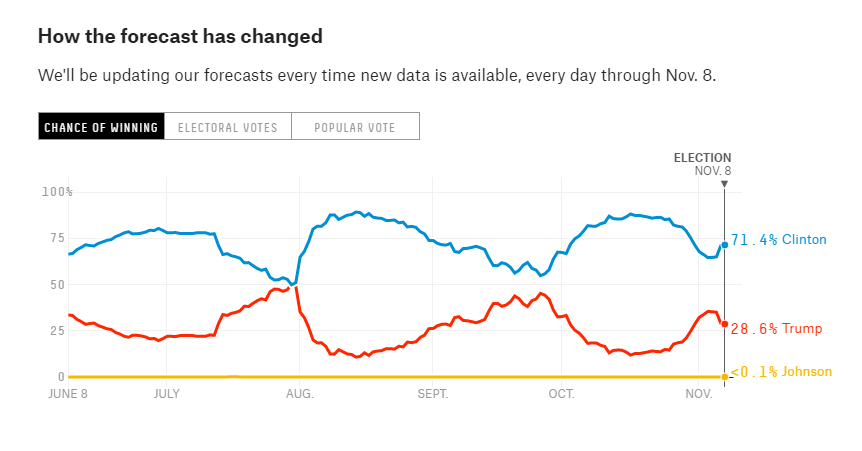 For practitioners and for political scientists, an important question for the future is who are the Trump voters and what motivated their decisions. County-level data seems to suggest a strong urban-rural divide in current American politics, and preliminary analyses point to “globalization backlash” effects, similarly to the causes behind the Brexit vote. In a recent study, Norris and Inglehart looked at the populist resurgence across the Western world; while they also examined the “economic insecurity” theory, their findings primarily support a “cultural backlash” thesis.

Another important – and perhaps more immediate – question is what a Trump presidency would mean for America and for the world. In the domestic field, the American president has limited powers; though with a Republican Congress, he would be under less control. In foreign policy, the president will be less constrained, which is indeed worrying from a Central Eastern European perspective, at least based on Trump’s statements made during the campaign.