The WageIndicator Story: Generating Data for a Happier Working Life 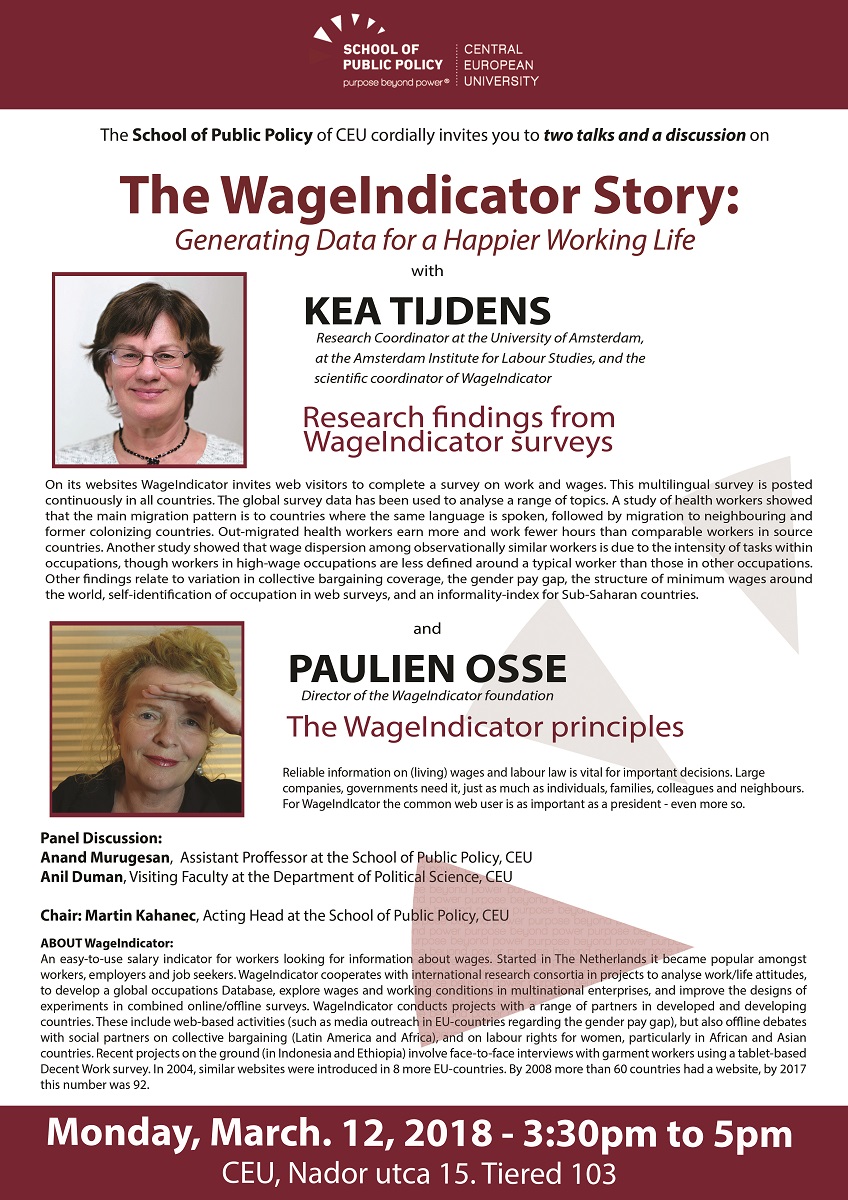 The WageIndicator Story: Generating Data for a Happier Working Life

ABOUT WageIndicator: An easy-to-use salary indicator for workers looking for information about wages. Started in The Netherlands it became popular amongst workers, employers and job seekers. WageIndicator cooperates with international research consortia in projects to analyse work/life attitudes, to develop a global occupations Database, explore wages and working conditions in multinational enterprises, and improve the designs of experiments in combined online/offline surveys. WageIndicator conducts projects with a range of partners in developed and developing countries. These include web-based activities (such as media outreach in EU-countries regarding the gender pay gap), but also offline debates with social partners on collective bargaining (Latin America and Africa), and on labour rights for women, particularly in African and Asian countries. Recent projects on the ground (in Indonesia and Ethiopia) involve face-to-face interviews with garment workers using a tablet-based Decent Work survey. In 2004, similar websites were introduced in 8 more EU-countries. By 2008 more than 60 countries had a website, by 2017 this number was 92.

with KEA TIJDENS
Research Coordinator at the University of Amsterdam, at the Amsterdam Institute for Labour Studies, and the scientific coordinator of WageIndicator

On its websites WageIndicator invites web visitors to complete a survey on work and wages. This multilingual survey is posted continuously in all countries. The global survey data has been used to analyse a range of topics. A study of health workers showed that the main migration pattern is to countries where the same language is spoken, followed by migration to neighbouring and former colonizing countries. Out-migrated health workers earn more and work fewer hours than comparable workers in source countries. Another study showed that wage dispersion among observationally similar workers is due to the intensity of tasks within occupations, though workers in high-wage occupations are less defined around a typical worker than those in other occupations. Other findings relate to variation in collective bargaining coverage, the gender pay gap, the structure of minimum wages around the world, self-identification of occupation in web surveys, and an informality-index for Sub-Saharan countries.

and with PAULIEN OSSE
Director of the WageIndicator foundation

Reliable information on (living) wages and labour law is vital for important decisions. Large companies, governments need it, just as much as individuals, families, colleagues and neighbours. For WageIndIcator the common web user is as important as a president - even more so.