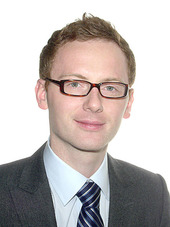 In the aftermath of the terrorist attacks on 11 September 2001, the transatlantic partnership was confronted to a new set of challenges and uncertainties. The need for common and coordinated action required that European and American policymakers face these difficulties together. The result has been the emergence of ‘transatlantic networks’. The paper argues that in the aftermath of 11 September 2001 we could observe the shift in the transatlantic structure from more hierarchical New Transatlantic Agenda towards new network structures created between officials responsible for homeland security, like for instance the High Level Political Dialogue on Border and Transportation Security (PDBTS) or the EU-US Working Group on Cybersecurity and Cybercrime. These new dialogues allowed for the exchange of information and learning but at the same time enhanced trust between individuals, making them more inclined to accept solutions that would initially be inconceivable. However, the development of those networks unfolded within carefully pursued ‘network politics’. For instance, the increasing role of the Commission Directorate General for Justice, Liberty and Security made unhappy the colleagues in Directorate General for External Relations. A sequence of decisions by Commission and the Council to marginalise the European Parliament resulted in the latter’s confrontational approach. Even the functioning of and cooperation within new networks often depended on ideologies and decisions taken by individuals, politically motivated. The paper provides an insight into the ways in which EU security policies are made and discusses a research strategy informed bybasic tools of Social Network Analysis to be applied in the field of IR and security studies.

Patryk Pawlak was a researcher at the European University Institute from 2005 to 2009. Under the supervision of Prof. Kratochwil he completed the dissertation entitled 'Network Politics in Transatlantic Homeland Security Cooperation’.

Before joining the European University Institute, Patryk has obtained his degree in Advanced European Studies from the College of Europe. In the course of his doctoral research Patryk Pawlak was a visiting researcher at Georgetown University Centre for Peace and Security Studies as well as a research fellow at the Centre for European Policy Studies in Brussels. From September 2006, Patryk is also a participant to the European Foreign Policy Studies Programme founded jointly by Compagnia di San Paolo (Italy), Volkswagen Stiftung (Germany) and Riksbankens Jubileumsfond (Sweden). His professional experience includes internships at the European Commission Directorate General for External Relations (US Unit) and for several NGOs and think tanks in Poland and abroad.

His main areas of interest include the EU-US relations, External relations of the European Union, internal security, and the external dimension of the EU Justice and Home Affairs.