Over one hundred participants attended CEU’s 10th Annual Doctoral Conference (ADC), which was held on 20-21 April in Budapest. The event was the capstone event of the year for the PhD Program in Political Science, featuring two keynote lectures, thirteen panel sessions, a book launch and a workshop.

The more than one hundred panel participants and members of the audience of the 2015 Annual Doctoral conference came from around a dozen institutions of higher education, including Hungarian universities, the Hungarian Academy of Sciences, as well as partner institutions from the US, Germany, Belgium, Denmark, Italy, and the Czech Republic. 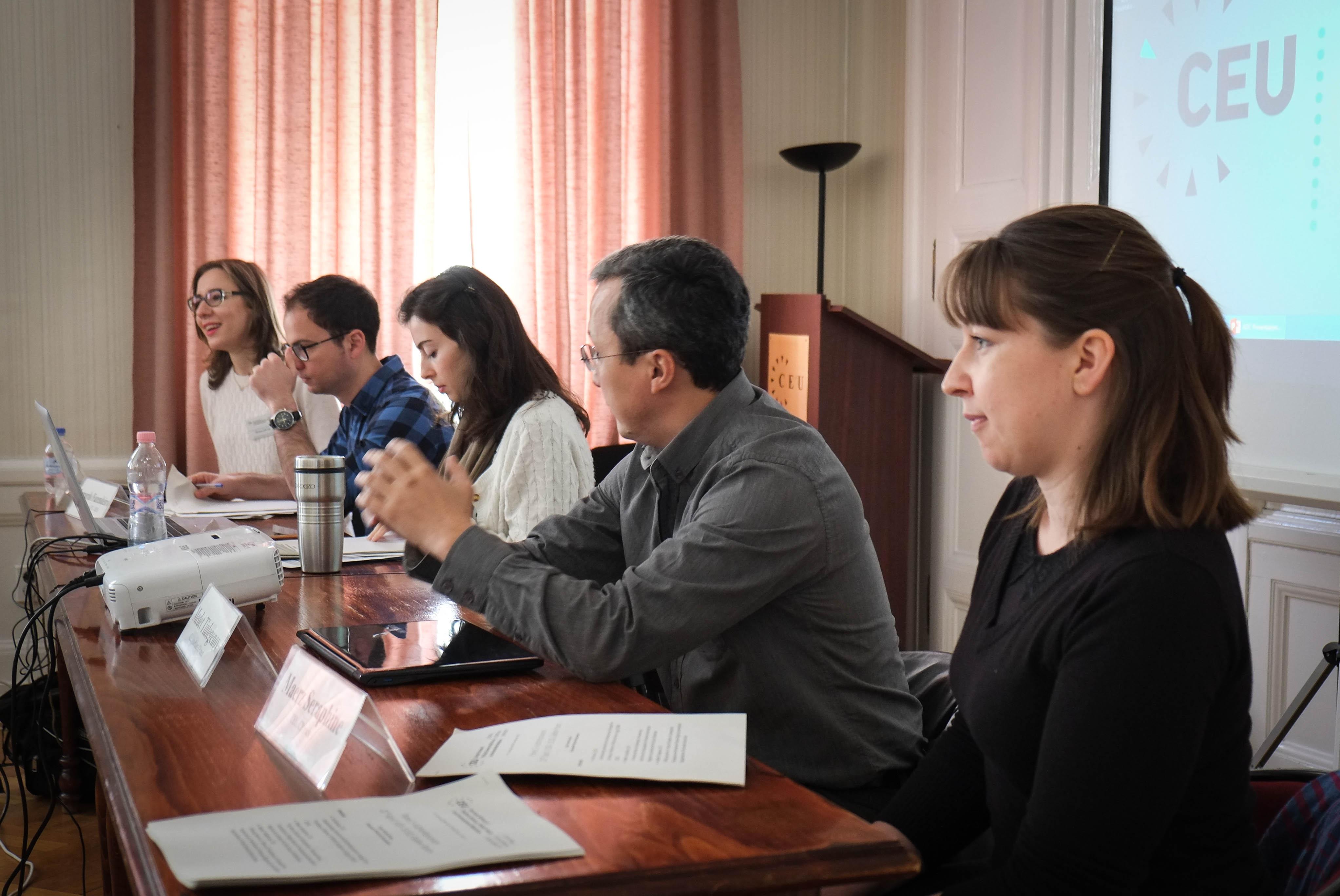 (Click on the photo for a gallery of the event! Photos are courtesy of Stefan Roch).

The ADC panel sessions ranged from international relations topics such as great powers, European Union politics, and global financial crises to policy-related work in the fields of education and health to work that spans domestic and international levels, including conflicts, migration and integration, political behavior, human rights, political economy, and authoritarianism.

Beyond this, the conference featured two lectures from Political Economy Research Group (PERG) Keynote Speaker Mark Hallerberg on the global financial crisis and ADC Keynote Speaker Isabela Mares on the erosion of democracy in Eastern Europe. The program also included a book launch of Magdalena Bernaciak, one of CEU’s former PhD students, on social dumping in the context of EU integration, as well as a workshop on process-tracing, organized by the Interpretive Research Forum.