More than 50 presentations offered a glimpse into the diverse research ongoing at CEU’s PhD Program in Political Science during the 2017 Annual Doctoral Conference. The two-day event, organized by the Doctoral School of Political Science, Public Policy and International Relations, featured 12 thematic panels and a vast number of research papers from CEU’s PhD students, as well as a number of guest panelist from partner institutions across Europe.

The conference was running under the theme of “Politics in Illiberal Times”, with a flagship panel organized around this topic, chaired by CEU’s professor Andras Bozoki. In addition to the thematic panels, the ADC hosted a keynote lecture on the EU’s political economy from professor Laszlo Bruszt, organized by the Political Economy Research Group (PERG). Further programs included an exciting talk on the threats to public interest journalism by CMDS’s Dean Starkman, and a book launch about migration by CEU alumna Olena Fedyuk, co-organized by CEU's Migration Research Group. On the first day, a poster session was also held from a number of visualizations by CEU PhD Students.

The conference was marking the 10th anniversary of PERG, so a special focus on political economy topics dominated the second day of ADC. In addition to the PERG-organized keynote lecture, three panels explored research topics within the field of political economy, including income distribution and inequality, state building and welfare states, and monetary and fiscal policies.

CEU’s Annual Doctoral Conference (ADC) has been organized every year since 2006, providing opportunity to PhD students from CEU and partner institutions to present and discuss their research papers, test their ideas, while gaining valuable feedback from first class discussants. For students in the earlier stages of their career the conference provides an opportunity to train for a first contribution to a scientific conference. For students in later stages, the paper proposed for the conference can be seen as a ‘job market’ paper, i.e. a paper a student would select to present if she or he is invited to a job talk.

To facilitate the exchange of ideas, the organizers of the 2017 conference issued an open call for PhD students from other European universities. The authors of the best proposals were invited to present their papers alongside CEU’s PhD students, making the panels more diverse, and facilitating networking opportunities for researchers in the different subfields of political science. 15 guest PhD students from nine partner universities joined the conference, including presenters from Corvinus University Budapest, King’s College London, the Universities of Warsaw, Konstanz, Trento, Milan, Geneva, Antwerpen, and the European University Institute. 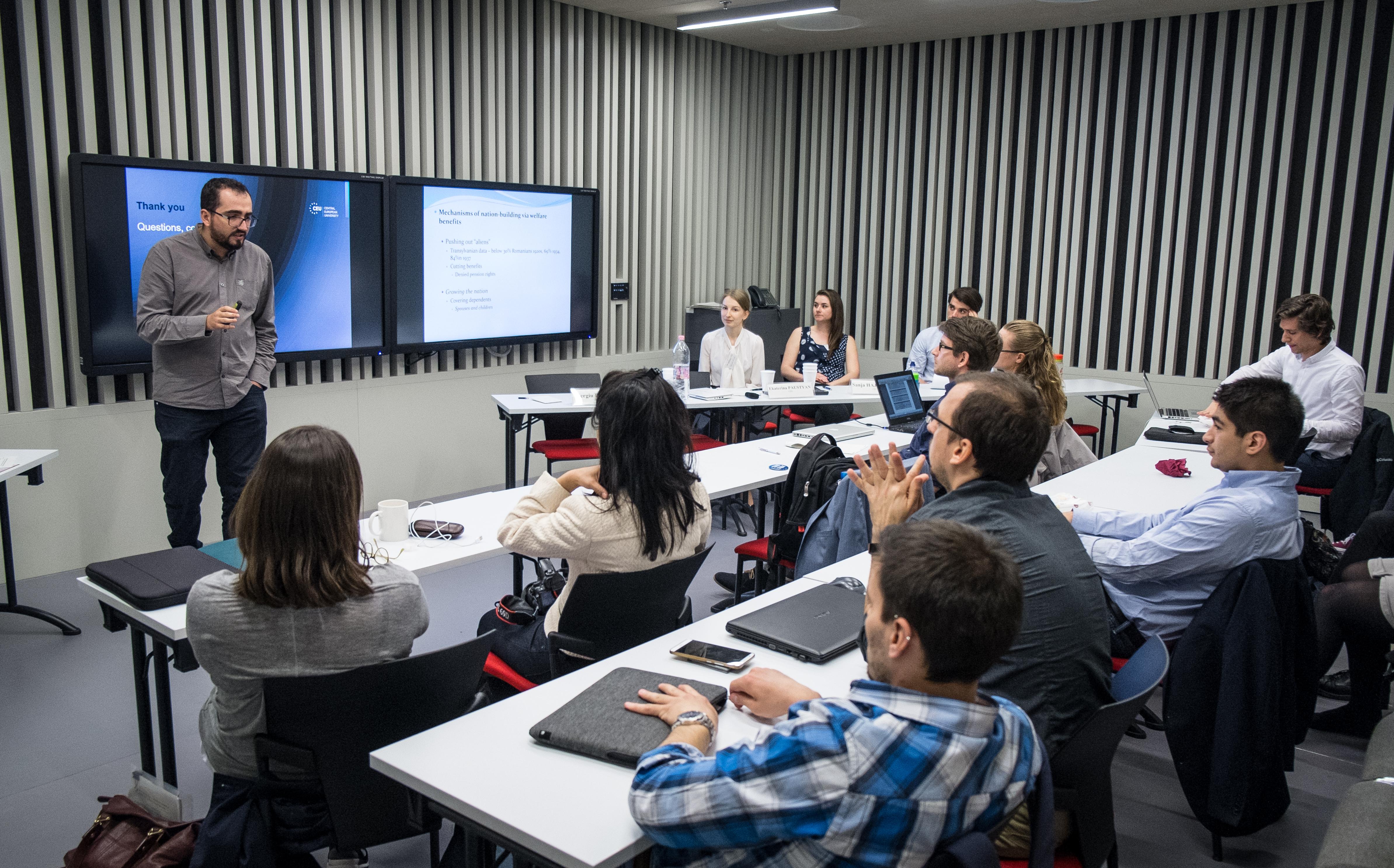 More information about the conference programs, presented papers and participants can be found on the official conference website. A photo gallery of the conference is available on the Doctoral School’s Facebook page.