"The CEU PhD program helped a mother of two kids near 40 to speed up her academic carrier… After ten years, I was the Vice-Dean for International and Scientific Affairs at the Faculty of Economic and Social Sciences, Budapest University of Technology and Economics (2012-2015).” 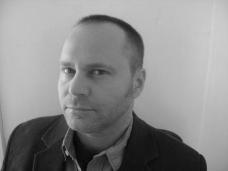 "My years as an MA and a PhD student at CEU's Department of Political Science have taught me that social scientists have a certain responsibility toward society, and they have to do their best to help open and free societies develop in the countries of Central and Eastern Europe."

"CEU is a meeting place for people of different cultures, knowledge and experience. The time I spent in Budapest, studying and living together with peers from all over the world, taught me what it means to be truly European, while preserving your own culture and identity. The Political Science Department was an invaluable source of knowledge with its impeccable administration, highly-demanding curricula and top-notch lecturers. The experience at CEU helped me also navigate the intricacies of European policies, economics and politics. I believe CEU has made a tangible impact on my subsequent academic and professional development and I would warmly recommend this academic journey."

"Central European University opens a new world of doing research in political science to me. I benefited enormously from its rigorous and systematic training on empirical research methodology, from its rich literature not only through its resourceful library but also through its knowledgeable faculties, and from the telling open-mindedness and impressing diversity among the faculties and students. My study at the PhD program at Central European University has been the most rewarding academic journey for me."

"CEU is a true academic and intellectual community. Meeting people from all around the world and contrasting approaches from all around the scientific spectrum helped me to develop personally as well as academically. I think I am fair to say that there are but only a few places in Central and Eastern Europe that would provide the joint pleasure of such high academic excellence with this wide variety of approaches, spiced with a large spoon full of friendliness." 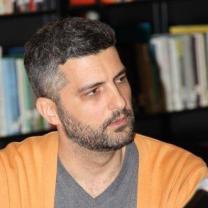 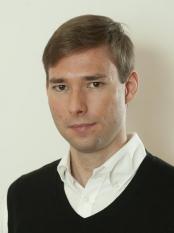 "Beyond providing academic excellence and outstanding research opportunities, CEU offers a unique international environment where doctoral students find a truly inspiring, friendly atmosphere. At CEU you can explore your limits and reach beyond them while enjoying the exceptional support of the fellow students and professors. Entry to top academic events, networks, and involvement in prestigious international research projects are guaranteed here. While at CEU literally everything serves the professional development of the students, what makes this university really special is its community where you will make close friendships with colleagues from all over the world. Doing PhD at CEU is a life-changing adventure that is absolutely worth taking!" 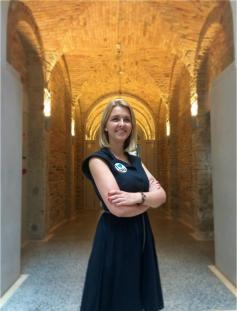 “When I first arrived at CEU, the plan was to stay for a year to do a Master’s in International Relations and European Studies and then go to another university, whose offer I had deferred. But CEU’s magnetism made me change my mind. In fact, #MyCEU story stretches over a number of years and phases: first as a master’s, then as a PhD student and as aresearcher, part of an international research project team. The years at CEU have not only shaped me intellectually, by encouraging critical thinking, exposing me to a plurality of worldviews and exponentially expanding my imaginery, but they are also sort of a vibrant mosaic of personal memories. I met some of my closest friends here, with the whole experience molding us into a tightly knit community, supporting each other through thick and thin as we move on to our individual paths. It has been an incredibly rewarding, often amusing, whirlwind of a journey!” 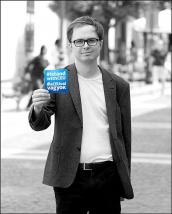 "When you graduate with a PhD from CEU after 5 odd years or so, there isn't one poignant story that will sum up what CEU means to you. After 5 years, I can say this: for me, for my wife and many of my friends, CEU has become a home. It is not only a place where you come to work, it is where your community is. It is the place that connects you to what have become some of your closest friends. It is a place that is intrinsically linked to most of your recent memories, the good and the bad ones. It is a place that supports you when you're down and where you find comfort. It is a place that challenges you, pushes you further on your academic endeavor and, be it a master’s or a doctoral thesis, makes you accomplish something that seemed so distant and unbelievably complex at the start. It is also a place that can make you hurt. People come and go, good friends leave, most graduate, some don't and some leave prematurely. That is what makes this experience so immediate, so complex.
Being a student at CEU for a considerable amount of time is all those things: beautiful and distressing, exciting and frustrating. All that makes you care for it deeply. All the more this makes it painful when CEU is under attack and when misguided political force tries to make away with not only what you, but literally thousands of others call their home. It is impossible to accept the claims that CEU is foreign and has no right to exist as it is. I don't believe any person has ever left CEU with less respect for their own community, with less interest in ordinary people and with less admiration for the city of Budapest. They may say it is an illusion, but for us who have been at CEU it is a basic truth that your home is not a given, but that you make it. You make it by laughing and crying together, agreeing and arguing, disagreeing and reconciling. You essentially make it by recognizing that a community can only be enriched by respecting each other, accepting differences with all the annoyances, frustrations and misunderstandings that come with it. You make it by caring for the ones that are close to you, that you work, live and spend time with, and by experiencing what it means to be cared about. Maybe, after all, this is something I learnt at CEU.” 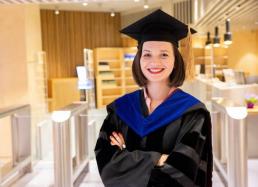 "I understand that doing a PhD at Central European University was one of the best decisions I’ve made in my life. At first, I thought it would be just that - getting a degree. But now, looking back at these five years, I see that I’ve gained so much more. When writing the last pages of my dissertation, I wondered about how I could write about previously unknown topics as an expert, how sharp and critical my thinking had become. I caught myself planning future research projects and collaborations confidently as an independent scholar, something I could not imagine even two years ago. My family started to call me ‘Researcher’ as a nickname because I could not hide my passion and enthusiasm for academic inquiries even when at home.
CEU made all these transformations possible. Many things contributed to that, its unique teaching and learning environment, the opportunities it gives you to do your research abroad and multiple ways to be actively engaged with academic and community projects. With all that, I no longer think of CEU as an institution, rather it’s become a part of my identity, of who I am, of who we all are. So today I am not saying goodbye to CEU, only to Budapest."