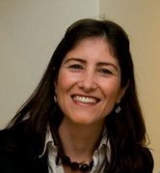 Chapter III: Waiting for Godot: The failure of ethnic reintegration process in Bugojno and the path towards assimilation.

The chapter explains the current failure of the ethnic reintegration process in Bugojno, Central Bosnia. It argues that the current situation is such due to the low level of enforcement of the process by the international community that resulted either from inconsistent and uncoordinated efforts or by the total absence of them; drawbacks on the minority returnee levels in a context of expanding minority representation; and scarce resources and options available to minorities.

Thus, it also points out that the failure of Bugojno to keep a high level of minority return in its territory together with higher levels of minority representation it might not necessarily be a permanent stage but just one among three other possible scenarios.

I analyze this case tracing the process of reintegration longitudinally aiming at establishing how the process reached back and forth movements. In order to do so, I divided the post-war period according to those changes that in the theoretical framework developed in this work is referred to as inward and outward movements of the reintegration possibilities frontier.