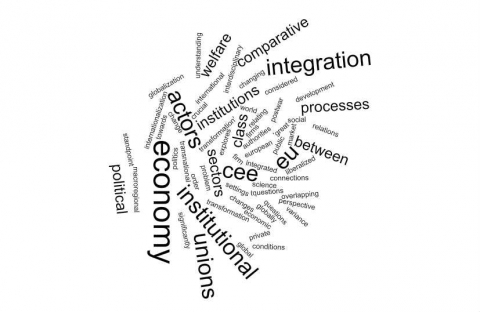 cordially invites you to an interactive lecture with

Currently a Max Weber Fellow in the European University Institute in Florence, Italy, Zsofi Barta completed her Ph.D. in European Studies at the London School of Economics and Political Sciences in August 2011. She holds a graduate degree in International Economics from the Paul H. Nitze School of Advanced International Studies of the Johns Hopkins University and an undergraduate degree in Business Administration and Finance from the Budapest University of Economics.

In the midst of the present economic crisis and in the tense atmosphere on financial markets, credit ratings awarded to countries have gained new relevance. Since ratings changes can have a more acute impact on the immediate (as well as the longer term) fiscal viability of developed countries than ever before, the question arises whether it is right to allow the standard‑setting large rating agencies – Standard and Poor’s, Moody’s and Fitch, which are essentially private, profit‑driven organizations – to wield such immense power over the well‑being of nations. Credit ratings have the important function of informing investors about the credit risks involved in lending to a given sovereign, but there is room for discussion about how accurate the judgement of rating agencies can be, and allegations that such judgements might be biased by political or other motives are difficult to authoritatively refute. This presentation investigates the determinants of ratings in an effort to raise some considerations that could be important in such a debate. It draws on a quantitative analysis of rating scores as well as on a qualitative analysis of documents made publicly available by the “big three”. On the one hand, it points out that the three agencies display quite considerable differences in the way they assess the creditworthiness of countries. On the other hand, it shows that the policy analysis involved in evaluating a country’s future ability and willingness to honour its obligations is inevitably intricately interwoven with political considerations.

PERG is a joint student-faculty political economy research group which brings together members from several CEU departments. It aims at fostering collaborative research among the CEU faculty and students across different departments working in the fields of international and comparative political economy, concentrating primarily, but not exclusively, on the area of Central and Eastern Europe. For more, please visit: www.ceu.hu/perg and http://pergceu.blogspot.com/.