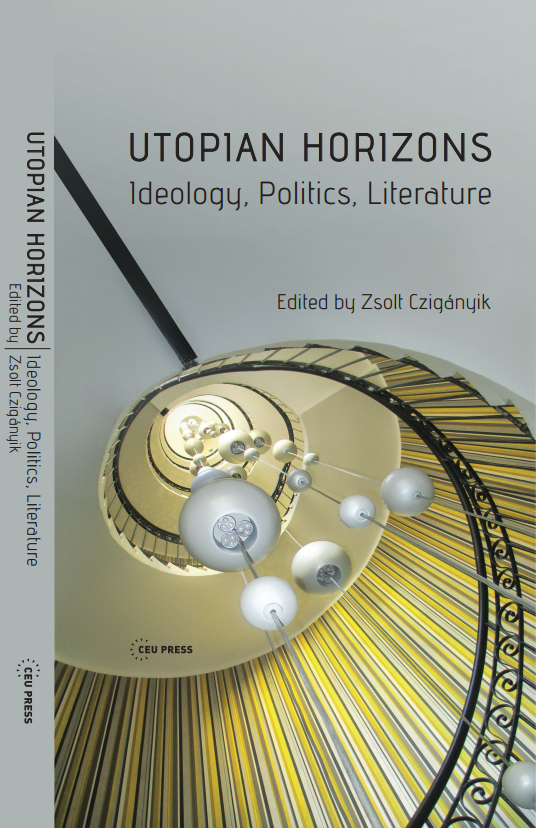 CEU Press, the Department of Political Science and the Institute for Advanced Study

cordially invite you to the book launch

Presented and discussed by
Professor András Bozóki of the Department of Political Science.

The event is moderated by
Professor Nadia Al-Bagdadi of the Department of History and Director of the Institute for Advanced Study.

The 500th anniversary of Thomas More’s Utopia has directed attention toward the importance of utopianism. This book investigates the possibilities of cooperation between the humanities and the social sciences in the analysis of 20th century and contemporary utopian phenomena. The papers deal with major problems of interpreting utopias, the relationship of utopia and ideology, and the highly problematic issue as to whether utopia necessarily leads to dystopia. Besides reflecting the interdisciplinary nature of contemporary utopian investigations, the eleven essays written by leading experts of the field effectively represent the constructive attitudes of utopian thought, a feature that not only defines late 20th- and 21st-century utopianism, but is one of the primary reasons behind the rising importance of the topic.

The cover photo of the book was taken by the editor and shows a spiral staircase in Central European University, Budapest. The staircase fell victim to the otherwise very beneficial reconstruction works in the building. Cover design: Éva Szalay