NAFTA and Governance in Mexico - talk by Mark Aspinwall 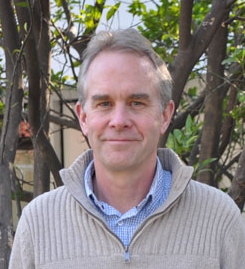 The Doctoral School of Political Science, Public Policy and International Relations cordially invites you to a talk:

NAFTA and Governance in Mexico

Abstract / This presentation deals with Mexico’s position in NAFTA and its relationship to the US in particular since NAFTA began. The central question is what tools NAFTA had available to leverage improvements to governance in Mexico. The focus is partly on the trade and investment tools and partly on the labor and environmental side agreements.

BIO / Mark Aspinwall is Professor of International Studies (and currently Director of the División de Estudios Internacionales) at the Centro de Investigación y Docencia Económicas in Mexico City. He is also Honorary Professorial Fellow at the University of Edinburgh, Scotland. From 2004 to 2012 he taught at the University of Edinburgh, where he was Chair of the Department of Politics and International Relations from 2010 to 2012. He teaches international relations and international political economy. Mark's research interests are in rule of law, comparative governance in environmental and labor sectors, and regional integration, especially the impact of regional organizations on domestic politics in North America and the European Union. His latest book, Side Effects: Mexican governance under NAFTA’s labor and environmental agreements was published by Stanford University Press in 2013. He has held visiting positions at ITAM (Mexico City), CIDE (Mexico City), the Minda de Gunzburg Center for European Studies at Harvard University, Peoples University in Beijing, the European University Institute (Florence).

The event is part of the 13th Annual Doctoral Conference (21-23 March, 2018)
read more on the conference: https://pds.ceu.edu/annual-doctoral-conferences