The role of Emotions as Moderators of Populist and Programmatic Policies 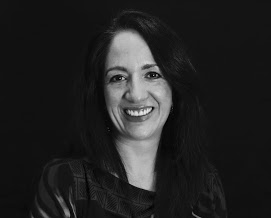 This research looks at the effect that emotions have on people’s cognitive process when deciding about information gathering and support for policy proposals framed in a populist or in a programmatic framework. The emotions of interest are: anxiety, hope, and anger. We approach the study of emotions from an appraisal cognitive approach which rather than  considering the valence of the emotions  takes into account  other dimensions to theorize the effect of emotions on judgments. In order to test the effect of emotions on information-seeking and decision making   we developed an online experiment to trigger different emotions on our subjects and ask them to evaluate two policy positions on economic development in Hungary.

Rosario Aguilar is Associate Professor at the Political Studies Division at the Centro de Investigación y Docencia Económicas (CIDE). Currently, she is a Visiting Professor at the Central European University (CEU) and at the Institute for Political Science at the Hungarian Academy of Sciences. In her research she investigates the effect of different social contexts on people’s political behavior, for example the influence of people's racial appearance (phenotypes), gender or racial prejudices. She also looks at the interaction of authoritarian and populist predispositions in comparative perspective. She is the Co-Principal Investigator of the Mexican National Elections Study, National Representative for Mexico at the Executive Council of the World Association of Public Opinion Research, a member of Political Behavior and the Journal of Experimental Political Science's editorial boards, as well as Associate Editor of Research and Politics.

Populism Research Group is a platform bringing together scholars and students working on populism or topics related to populism. The group aims to engage people in interdisciplinary dialogues across various fields and backgrounds through activities such as seminars, workshops, formal and semi-formal meetings.