The Shape of Utility Functions and Voter Attitudes Towards Risk 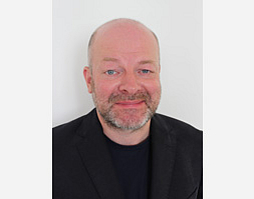 The key concern of this contribution is how voters transform distances within a political space into voter utility, i.e. whether theoretical and/ or statistical models of vote choice should employ linear or quadratic loss functions to adequately capture spatial utility: First, the selection of an appropriate distance metric is a key concern in the specification of theoretical and statistical models of vote choice. Secondly, these options transcend the domains of mere technical modeling choices, but address attitudes towards risk, and directly relate to voter reactions to widespread phenomena such as party ambiguity and/ or voter uncertainty. Our empirical analysis rests upon rich data provided by the collaborative project “The Comparative Study of Electoral Systems” (CSES). Comparative data analyses across heterogeneous national and electoral contexts clearly demonstrate that voters are, on average, much less risk-averse than assumed by the vast majority of empirical and theoretical contributions. Instead, we find that voters in mass elections are by and large neutral towards risk and are not systematically repelled by party ambiguity and (candidate-induced or perceptual) voter uncertainty.