Type of Employment Contracts and Wage Differences across Gender: A Further Exploration of the Turkish Case 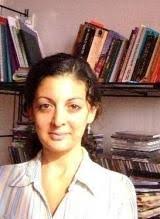 Temporary contracts are widely used across countries to increase the flexibility of labor markets. While the proponents argue that flexible contracts contribute to employment generation, the critics claim that fixed-term contracts would lead to higher insecurity and lower wages. Many empirical studies found significant wage premium for permanent workers even after controlling for employee and employer characteristics. However, the size of the premium differs from country to country and along the wage distribution. In our paper we carry a similar analysis for Turkey and try to estimate the wage gap between the employees with a fixed-term and permanent contracts by utilizing the Household Labor Force Survey (HLFS). We employ unconditional quantile regression method and decompose the wage differential into characteristics and coefficients parts. Our results show that wage gap for temporary contracts among female workers is higher than their male counterparts, and the difference gets larger at the bottom end of earnings distribution. Moreover, a large part of gap can be attributed to the labor market characteristics at the bottom end but coefficients at the upper end for women. These results have major implications for the Turkish labor market in terms of gender inequality and dualization. Temporary contract holders are penalized and even more so among female employees, generating a labor market where women have gerater insecurity and lower wages at the same time.