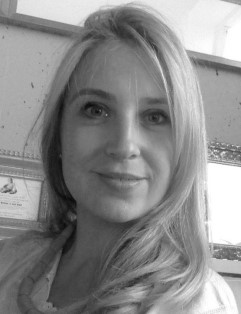 ABSTRACT / What drives support for the central public demands of a Revolution (its master narrative) once the protesters win? The largest, most successful episodes of recent “revolution” are often thought to have lasting effects on political preferences, becoming crucial reference points that redefine or consolidate preexisting cleavages around the master narrative. Developing a logic that distinguishes among protest aims, means, and ends, we argue post-victory politics is likely to be characterized more by continuity than transformation but that this continuity is not adequately characterized as the falling apart of a “negative coalition.” To show this, we employ original survey research from mid-2014 on Ukraine’s EuroMaidan, a large victorious protest movement widely regarded as transformative of public opinion. We find that actually having protested, having supported the protest, and even thinking that the protest itself had net positive results are virtually all unrelated to post-protest support for the protest’s dual master narrative of backing European Union integration and supporting the former president’s resignation. Instead, attitudes toward the master narrative are best predicted by the “same old” factors that have long shaped political preferences in Ukraine.

BIO / Dr. Olga Onuch (DPhil Oxford 2010) is a Senior Lecturer [Associate Professor] in Politics. She joined the University of Manchester in 2014, after holding research posts at the University of Toronto (2010-2011), University of Oxford (2011-2014) and Harvard University (2013-2014). She is an Associate of Nuffield College (Oxford) and of the Harvard Ukrainian Research Institute and was also a Research Fellow at the Davis Center (Harvard) in 2017. She is currently the ESRC PI of ORA funded “MOBILISE” (www.mobiliseproject.com). She is the author of several scholarly articles (in Journal of Democracy, Europe-Asia Studies, Problems of Post-Communism, Post-Soviet Affairs, GeoPolitics among other journals), book chapters, and policy briefs. Onuch’s is Co-PI (with Hale, Colton, Kravets) of a National Science Foundation funded study of Ukrainian political opinion (UCEPS). In 2014 she was awarded (did not take up) the Leverhulme EC Fellowship for exceptional and promising young scholars.